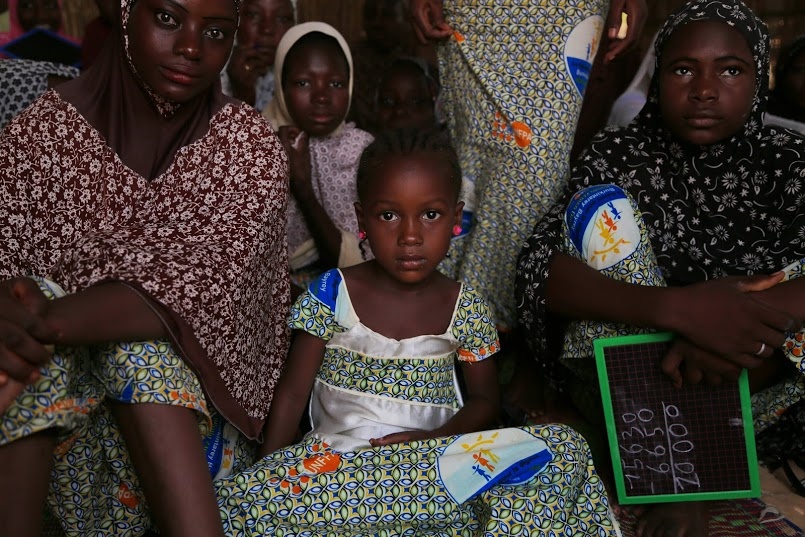 Girls gather under the shade of a straw-mat-made-tent for a UN-sponsored math lesson in southwestern Niger. Most want to know when they can learn to “à coudre,” or to sew. Sewing is a euphemism for “job” — and nearly every girl I meet has asked for one. 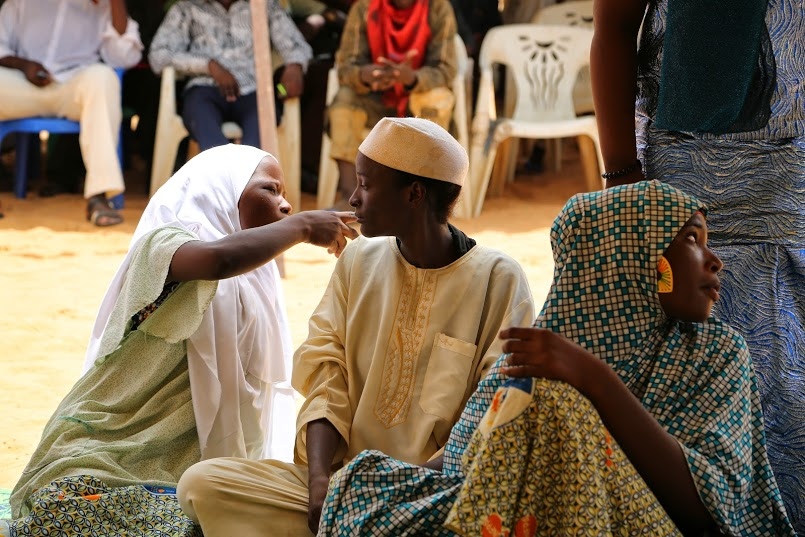 Young girls in the town of Filingue perform a skit they wrote for their graduation from a United Nations Population Fund program to promote family planning and reduce child marriage. 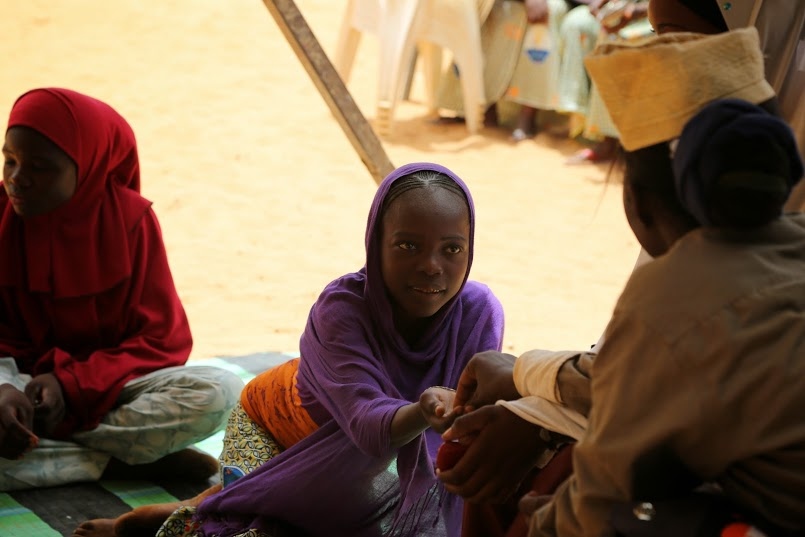 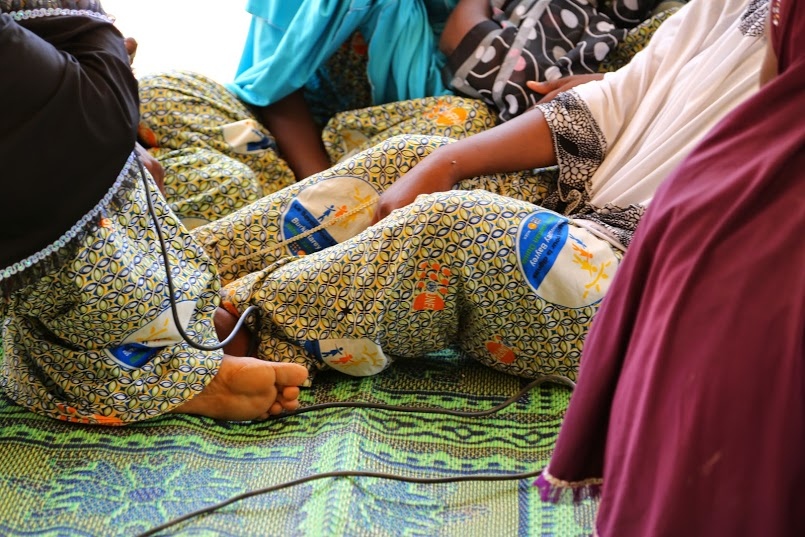 They sit in pairs and groups of four and six, intentionally identifiable by their matching iros, rectangular pieces of cloth they wrap around their waists. Patches proclaiming “Knowledge for Dignity” in French (“Le savoir pour la dignité”) and their tribal Hausa (“Burkintarey Bayrey. Illimin Zaman Dunia”) embellish the green, orange and white geometric patterns on the United Nations-provided fabrics. 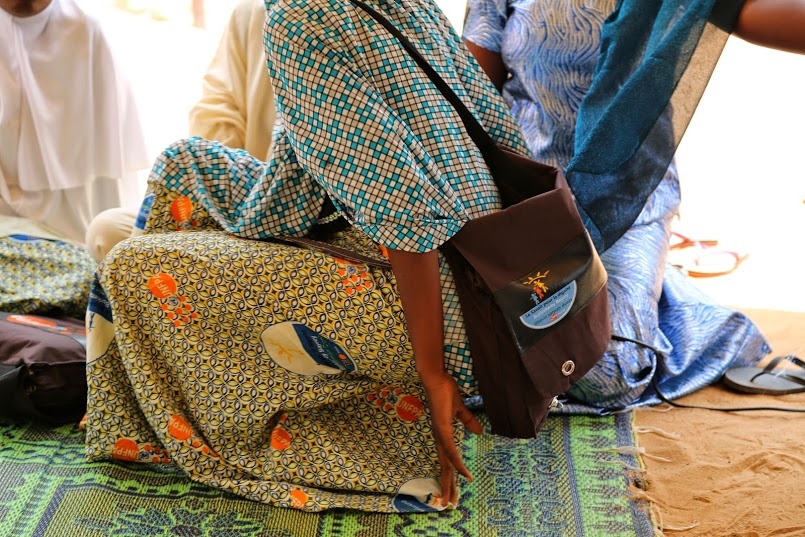 The iros, which the girls can customize to their individual tastes by trimming, sewing or swaddling as they please — are just one piece of coordinated offerings gifted to them for joining the Adolescent Initiative — dubbed “Illimin” or knowledge at the suggestion of one of the participants. They’re also given black canvas shoulder bags, books and pencils adorned with the same motto. The idea is to encourage envy among their peers who might previously have viewed marriage at 13 to a wealthy 40-something farmer as a marker of success.

WASHINGTON, D.C. — It took a while but world leaders, the media and the masses eventually became outraged about the 276 Nigerian girls forcibly abducted from their school on April 15.

As the weeks have slipped by with frustratingly few discernable rescue efforts, the concern from the outside world has ebbed and flowed. First Lady Michelle Obama, celebrities such as Amy Poehler, and thousands of Instagram and Twitter users tried to raise awareness by joining the #bringbackourgirls campaign, a movement that’s not dissimilar from the rallying cry that following the earthquake and tsunami, which battered the eastern part of the Japan in March 2011 or, more appropriately, the outpouring of support for Malala Yousafzai, who survived an assassination attempt by the Taliban as she was leaving school in Swat, Pakistan in 2012.

As more and more social media users changed their profile images to show solidarity and male celebrities joined in with a coordinated effort, #realmendontbuygirls, news organizations also beefed up coverage with stories about U.S. involvement in the search, profiles of Boko Haram leader Abubakar Shekau, navel-gazing examinations as to why journalists took so long to cover the story to begin with and whether the social media movement can actually help. CNN even ran a piece straight out of its missing Malaysian airlines coverage playbook: “Nigeria abducted girls: Why hasn’t the rescue effort produced results?”

And why shouldn’t they? In many ways we may not want to admit, this story has captured our attention just like a natural disaster or an unexplained mystery. It’s tragic and unjust and hits close to home for anyone who knows right from wrong. Anyone who has had the basic right—the privilege—to attend school.

But what happens when, as I hope, the girls are eventually rescued? What has happened to the girls like Malala who are still trying to attend school in Swat? The girls all over the world who are threatened for the very same reason? Whose parents keep them home to keep them safe? Or those who simply aren’t allowed to attend in the first place?

This is a subject that should be covered 365 days a year.

The reality is that the challenges of population growth, environmental degradation, corporate greed, food security and even violent extremism can be traced back to these same issues with girls’ health, education, and human rights at the core.

Depriving girls of access to education has political, policy and legal ramifications to name but a few. And coverage of the tragedy still unfolding in northern Nigeria and elsewhere demonstrates that there’s a widespread, diverse and engaged audience to drive traffic to news organizations that prioritize stories on this subject.

Jennifer Koons is an international journalist based in Washington, D.C. who explores themes of struggle, privilege, dignity, tragedy and resilience in stories about geopolitical rights, global health and conflict.